Home All Articles Hard Fork and Soft Fork in Cryptocurrency

What is Hard Fork and Soft Fork?

These devices are called ASIC hardware and one can easily buy them online. If you want to do mining you can buy quality ASIC hardware from top UK stores  or US stores online.

Well, well, well, here in this post we are not going to talk about cryptocurrency or blockchain. Today we will discuss the term “Hard Fork” and the mechanism of how it works.

If you have heard the term Hard Fork for the first time then this post is really going to be beneficial for you. In simple words, it can be described as a process of splitting a single cryptocurrency into two. But how it splits and how does the whole process takes place?

First of all, you must know what the term “Fork” actually is is.

To maintain the history of blockchain all the parties or nodes included in the blockchain need to use a common protocol or rules. In order to upgrade and reduce the effects of catastrophic bug and hacking on a blockchain, the protocols or rules need to change. Simply Fork can be described as a change in Blockchain Protocol. 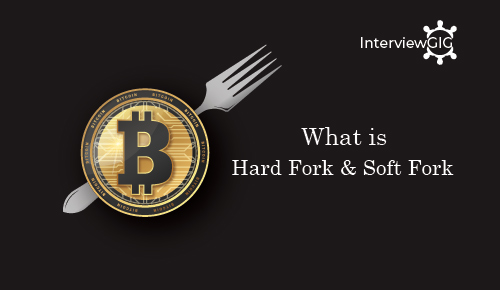 What is Hard Fork?

A Hard fork can be defined as a change in the protocol which makes previous transactions or blocks invalid. If somehow the older version exists or runs they will surely end up with a different data and protocol compared to the newer ones resulting in a possible error in the near future.

Usually, after this splitting, the old blockchain realizes that its version is irrelevant or outdated and automatically upgrades it to the latest version available.

A hard fork can occur in two different ways; either it will be “planned” or “contentious”.

As the name suggests a planned hard fork is created by the permission of the developers. All the nodes agreed to upgrade the blockchain software to the latest version available resulting in a lower chance of fork split.

When the miners accidentally violate the new consensus rules using the no upgraded nodes, a temporary divergence occurs in the blockchain resulting in occurrence of a soft fork. In this way, soft fork also occurs.

Over the past few years, the term “cryptocurrency” has gained huge popularity. A peer to the peer blockchain financial system was introduced in 2008 in which the users don’t need to trust the third party institutions for making transactions.