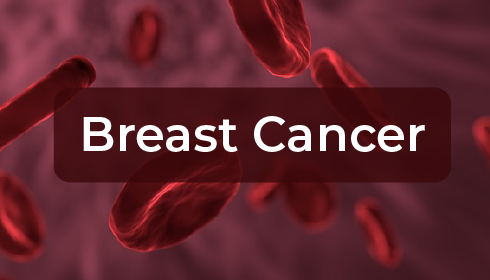 Breast Cancer is defined as malignant neoplasm of the breast arising from the epithelial lining of the lobule, ducts and the nipple. Breast cancer and its complication can affect nearly every part of the body.

Breast cancer is the most frequent cancer among women, impacting 2.1 million women each year, and also causes the greatest number of cancer-related deaths among women. There were an estimated 14.1 million cancer cases around the world in 2012, of these 7.4 million cases were in men and 6.7 million in women. This number is expected to increase to 24 million by 2035.This growing cancer burden, within the overall context of non-communicable diseases (NCDs), was a key focus of the September 2011 UN High Level Meeting on NCDs. In 2018, it is estimated that 627,000 women died from breast cancer – that is approximately 15% of all cancer deaths among women.

The global cancer burden is estimated to have risen to 18.1 million new cases and 9.6 million deaths in 2018.There are more than 3.8 million breast cancer survivors in the United States, including women still being treated and those who have completed treatment. In the U.S. in 2019, there will be an estimated 271,270 new cases of invasive breast cancer diagnosed in women and 2,670 cases diagnosed in men.

Signs and symptoms of Breast Cancer

Anatomy and physiology or structure of the breast cancer :

The breast is an organ in the body that produces hormones directly into your blood. which is placed on the front of the chest, consisting of glandular acne, also called alveoli, which are coated by cells that have the property of securing milk under the influence of Hormones such as lactogenic hormone. In the adult woman, the breast is made up of glandular tissue, connective tissue, and adipose tissue that determine the size, shape and texture of the organ At the apex of the breast is the mammary areola, a pigmented skin area whose surface is characterized by the presence of modified sebaceous glands that, with their secretion, have the function of making the nipple soft and elastic. At the surface of the nipple, the tubules from which the secretion product of the gland comes out.

The whole of the acorns forms the lobules that, clustering, form the lobes separated from the connective tissue. The milk produced from the acules of each lobule is harvested in a duct end or lobular excretory which is confluent with those from other lobules of the same lobe, giving rise to gallotomorphic ducts; the latter, below the nipple, dilate to form 5-8 mm wide resembling milk, which function as small milk containers. Galactic sinuses result in so it is called milking pores on the nipple apex.

Estrogen and progesterone induce changes in the glandular tissue depending on the period of the menstrual cycle, with sometimes painful swelling and nodular formations reaching the maximum size towards the end of the menstrual cycle and then regressing again. Most tumors develop at the terminal end of lobular units of the breast parenchyma. Glandular tissue is more abundant in the super-external portion of the breast; therefore, about half of the tumors affect this area of the gland. The thoracic wall includes ribs, intercostals muscles and toothed muscle front, but not the pectoral muscles.

Blood Drainage of the Breast which are the major composed of three main routes.

Internal mammary. Staging intramammary lymph nodes are considered as axillaries and supraclavicular lymph nodes such as regional lymph nodes. Metastases in other lymph nodes, including   breast cancer as remote metastases

Axillaries vein rotary interceptors and satellites of the vein

Axillaries and collateral are subdivided into.

Level II (mid axillaries) lymph nodes between the lateral margin and the medial margin of the chest Pectoral muscle and the interferential lymph nodes of Ratter.

Envelop of the breast

Medial margin and the clavicle and the veinsubclavia inferior margin. The adjacent lymph nodes located outside this triangle are considered lower cervical lymph nodes.

Stage 0 – Cancer at this stage is still at the origin of DNA error. The cancer has been diagnosed early. In started in the breast ducts (or) milk glands.

Stage 1 – Here, the cancer is confined to a limited area. Starting at this level, breast cancer is called invasive. It means it has broken free to attack healthy tissue. A new study shows that if the cancer is caught early enough, women might be able to avoid the chemotherapy.

The cancer has spread into the fatty breast tissue. The tumor itself is no larger than a shelled peanut.

Some cancer cells, but just tiny amounts, have been found in lymph nodes.

Stage 2 – In stage 2, breast cancer has begun to grow and spread through lymph nodes.The treatment usually involves surgery and adjuvant chemotherapy (treatment after surgery aimed at trying to destroy any remaining cancer cells with or without radiation therapy).

The tumor in breast is still small, if there’s one at all. there may be no cancer in the lymph nodes.

The breast size is bigger. It may be the size of a walnut. It may be any in limb nodes.

Stage 3 – The cancer has not spread to bones or organs, but it’s considered advanced, and it’s harder to fight. Stage 3A cancer marks the spread of cancer into the lymph nodes, the gateway to move into different parts of the body. Through stage 3B and 3C, the cancer progressively spreads through a greater number of lymph nodes and invades the nearby tissues but not far away organs. Treatment options are similar to that of stage 2.

The cancer has been found in up to 9 of the lymph nodes that form a chain from you under arm to your collar bone.

The tumor has grown into the chest wall or skin around your breast, even if it hasn’t spread to the lymph nodes.

The cancer has been found in ten or more lymph nodes or has spread above or below your collar bone.

Stage 4 – Breast cancer cells have spread far away from the breast and lymph nodes right around it. The most common sites are the bones, lungs, liver and brain. this stage is also called as metastatic.

Treatment options and prognosis depends on the stage of the cancer (whether it is in the breast only or has spread to other places in the body), the type of breast cancer, certain characteristics of the cancer cells and whether the cancer is found in the other breast. A woman’s age, menopausal status and her general health can also affect the treatment.