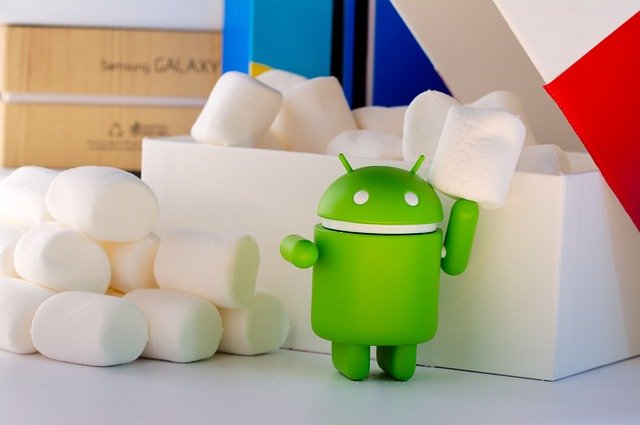 The process of developing utility software for a mobile application is the basic definition of app development. Seeing how Android is one of the most widely used operating systems worldwide, developing an application for Android has taken centre stage.

The development tools used to create the utility application allows developers to create powerful tools for the Android operating system. With Android reaching new heights in achieving a seamless user experience, app developers need to be abreast with the latest developments in 2021. It allows them to build a functional application that is rich in features and utility.

Before taking a deep dive into app development tools, it is important to note which trends dominate the market of Android mobile app development. Understanding this will help businesses hire the right kind of Android application development services. Let us take a look at a few of these trends:

Android Instant apps permit users to try out an application without having to install it on their mobile. It allows the user to have access to good UI/UX design, provide more storage space, and compatibility across all devices.

AI and Machine Learning boost activities across devices. Training modern AI is a time-consuming process, but it makes automating tasks easier with its versatility.

Flutter is a recent trend in Android mobile app development that is a popular choice among developers owing to its compatibility and flexibility.

Application Performance Management (APM) and Enterprise Mobile Management (EMM) are widely used as assurance testers for mobile app development. They are used to reduce the slowness of the application. Along with security, these technologies help with productive data exchange. It is a trend businesses can use to their advantage when searching for the right Android application development services.

Beacon Technology helps businesses target clients effectively. Beacons are transmitting gadgets that can be used by businesses to send notifications to nearby users.

It is widely acknowledged in the market that 5G technology is quicker. Using 5G technology, developers can create an app rich in features and functionality. The data transmission of 5G using 1.4 billion mobile gadgets can significantly improve the performance of a business.

A complete set of tools, guidelines, and libraries, Android Jetpack is the answer to building advanced apps. With structured documentation provided by Google, the tool makes it simple for developers to utilize it. The tool operates on the four prime elements of UI, behaviour, architecture, and foundation.

Although it is a fairly new concept in mobile app development, Augmented reality is quickly getting hold of the gaming world. It operates on the principle of presenting more data for entertainment instead of replacing an original world.

eCommerce mobile apps are quickly becoming the norm in the market. Since online shopping is becoming more prevalent, the trend of e-commerce apps is full of potential.

A few advantages of e-commerce apps include:

Now, with a rudimentary understanding of the trends in mobile app development, we also need to understand which developmental tools can help a business perform at its best. A deep dive into the latest Android development tools are required to pick the best Android application development services for your needs.

Buildfire.js is a cross-platform library used to build apps with custom functionality. The tool is perfect to tailor your application with the help of JavaScript. It is an open-source tool that helps to reduce the app development task by 80 percent.

Ionic is a cross-platform tool that makes it the best choice for developing apps for any operating system with ease. The tool is based on Sass CSS language and can be integrated with Angular JS to build applications. It houses a huge library with JS CSS components, mobile-optimized HTML, and CSS features too. This tool ensures that your application works perfectly with features present in mobile phones. Another advantage of using this tool is that it allows developers to send any app updates directly to the users.

Backed by Microsoft, Xamarin is a cross-platform tool that uses the help of C# codebase. Equipped with standardized UI controls, it enables developers to save their time as they do not have to use any extra UI option. SDK integration in the tool ensures the apps are updated according to the OS of the device.

The Corona labs is another cross-platform tool used to develop educational applications and 2D games. The platform is fairly easy to master and can be used for free by developers.

Sencha is a tool that helps in cross-platform app development tool across Android, IOS, and Blackberry. Based on MVC, the tool works with JavaScript making it a popular choice among developers. The tool requires coding in HTML 5 and has more than 100 supporting components.

Appcelerator is another popular choice among developers as it reduces the number of programming lines required to develop an app. The open marketplace of this tool allows the users to share and sell templates, modules, and extensions with ease.

As one of the well-known tools used for mobile Android application development, Eclipse has been around for quite a while. It provides a separate codebase environment along with tools to customize an app to the developers’ needs. Many people still prefer Eclipse, even though it is no longer supported by Google, as it works on various programming languages. Mainly used in Java using plugins, the latest updates in the tool give you the advantage of writing code in C++, C#, ABAP, Python, Fortran, JavaScript, Scala, Ruby, and many other languages.

FlowUp is a great tool used to monitor app performance. The handy dashboards in the tool allow you to monitor critical insights on various performance metrics such as CPU usage, disk usage, memory usage, etc.

GameMaker Studio is the tool that helps aspiring developers develop game applications. It provides everything a developer would need to develop games in a 2D environment. The tool is very user-friendly, with a simple drag-and-drop interface. Unfortunately, it is not an open-source tool. The tool initially provides a 30 day trial period, and the pricing is based on creator, developer, and console roles.

What can users and developers look forward to in the expansion of Android:

The world of Android has been taken by storm in recent months, with Google announcing the new Android 12. With the new launch, Android 12 has made a commitment to better user experience and privacy.

These features ensure the users have a seamless experience with the Android 12.

Apart from users, the Android 12 also has some extra considerations for developers. These improvements include:

With these improvements hitting the market in the near future, the age-old debate of Android versus iOS has been rekindled. While Android and iOS have grown increasingly similar, there are a few points that set them apart from each other. These are:

Privacy: While iOS does not allow you to install apps from a third party, Android provides that function to its users. It is the reason that Android is often looked down upon by iOS users. However, it solely depends on the users whether they want to expose their phones to third-party software or not.

Updates: iOS provides the users with regular updates. However, it does not provide control to the users and forces them to stick to a single function, for example, the single grid view of apps present on their home screen. Android has been criticized for not delivering user updates effectively but has been praised for the control it provides to its users.

Although it is a mix of pros and cons, the users must decide which operating system they want to use. Using this knowledge, businesses can make an informed decision about the kind of tools they want to use to make the best of their applications. The app development tools ensure you have a seamless experience in your business.